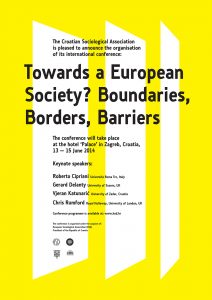 The conference is organised under the auspices of:

The Conference Call for papers is closed.